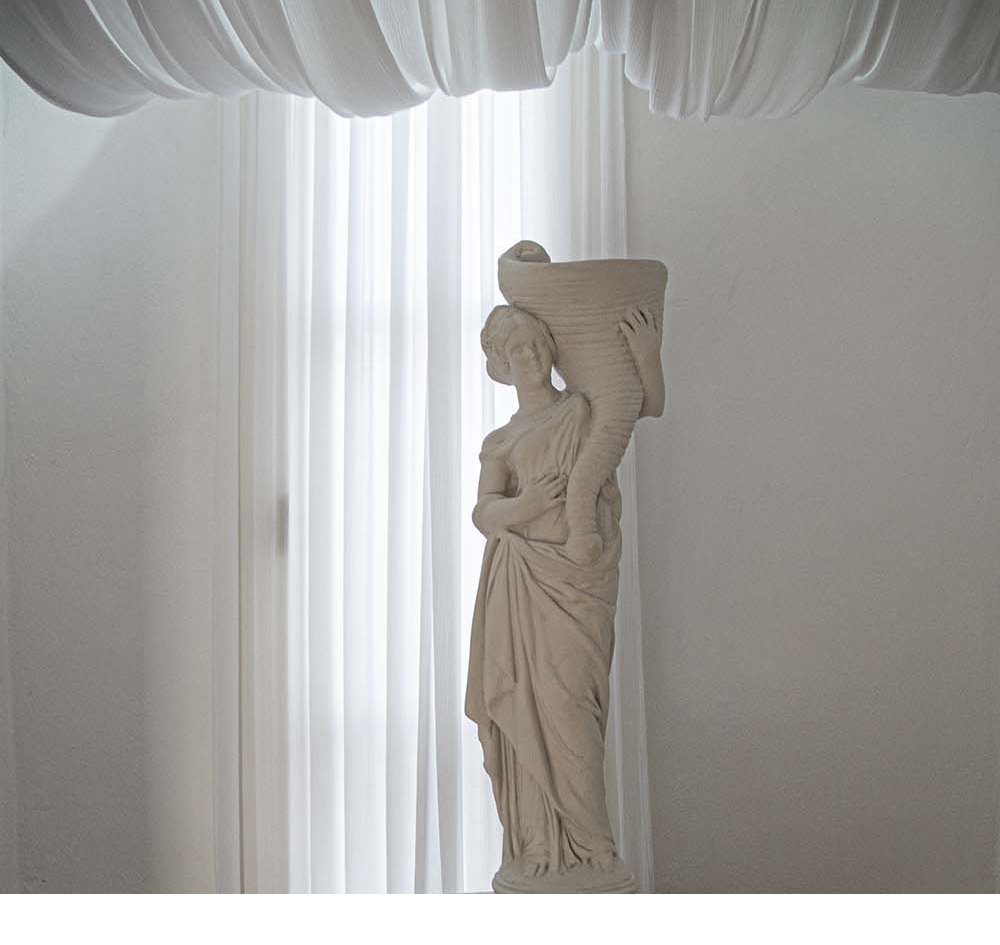 Zeus’ nursemaid, Amaltheia, is a significant presence in ancient Greek mythology, described alternately as a nymph or a goat.

The word Amaltheia itself describes a condition of non-deprivation and her horn is a symbol of abundance and prosperity.

As a boy, Zeus was at risk from the fury of his father, Saturn, who ate his offspring. In order to save her son, his mother Rhea, secreted him away in a cave on Mount Ida (or Psiloritis) on Crete, known as the Idaean Cave, and assigned his care to Amaltheia. She tended to him with love and fed him milk and honey so he would grow up strong and take over his father’s position as god of all things.

Legend has it that Zeus accidentally broke Amaltheia’s horn as he was playing with it one day and, sad about hurting the nursemaid’s feelings and wanting to express his gratitude, used his divine powers to ensure the horn was always abundantly filled with all of earth’s seeds.

Our alternative therapy center is inspired by the tender, loving care Amaltheia gave to young Zeus. We seek to be a wellspring of all good things, similar to the source of life itself, a space where harmony meets Hippocrates’s knowledge, the father of medicine, who also taught the ancient Greek massage.